Deer to Me Christmas Scene

Hello, Tallie here. I hope you’re excited about the new release! My favourite set from the release is the Deer to Me stamp set and I wanted to show you that it can be used for a range of different occasions – including Christmas! This one could also double up as a Harry Potter themed Patronus scene – which might feature in one of my future posts!

This is the first time I’ve actually made a slimline sized card (shout out to Amanda Stevens for the cheerleading!) and I have to admit it was a little daunting in terms of how much space I had to fill on the card. The birch trees from the Deer to Me set are perfect for adding elements to a background scene.

As usual, I was going for the no-line coloured look, so I stamped out four trees on either side and the deer and stump in the middle. I used Lawn Fawn Jellyfish ink on some alcohol marker friendly cardstock.

To colour it in, I chose some dark blues and cool greys to give some contrast to the bright pale browns. To give the scene some depth, I added in some lighter tree shapes to give the impression of a wooded glade. The star is the only light source so only the sides of trees closest to the star will be bright.

The star I stamped out from the Wanna Build a Snowman set, and I made sure to grade out the colour to the dark blue to give that glowing effect. I used a colourless blender to add in some stars.

In this low light scene, only the outer edges of the deer and his nose would be illuminated, so I coloured him mostly in some dark warm greys to help differentiate him from the background. To boost the contrast, I went in with my coloured pencils and added some black and white shadows and highlights to the areas that needed it. I also added in some lighter grass blades to give some texture to the ground.

I die cut the panel with the largest DL Stitched Slimline Trio die to give it that nice stitched border.

A simple sentiment from the Classic Sentiments set in some white pigment ink finished the card off. You can switch out the sentiment and make it for any occasion!

Don’t forget that you can get this set in the new release. Pre orders are open now so don’t miss out on your chance to grab the freebie sets! 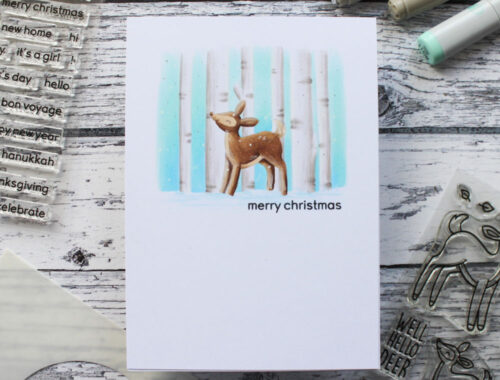 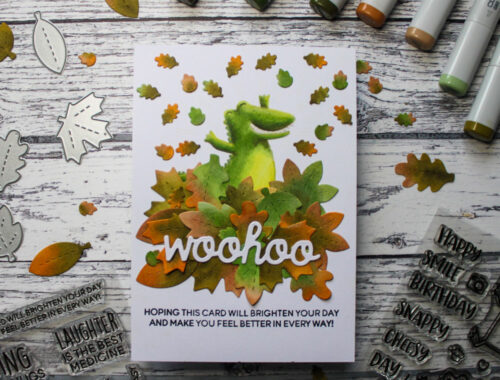 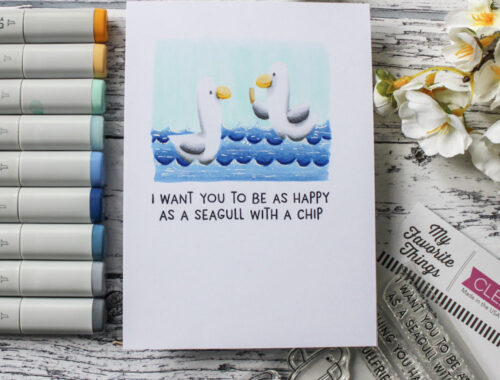 Happy as a Seagull with a Chip