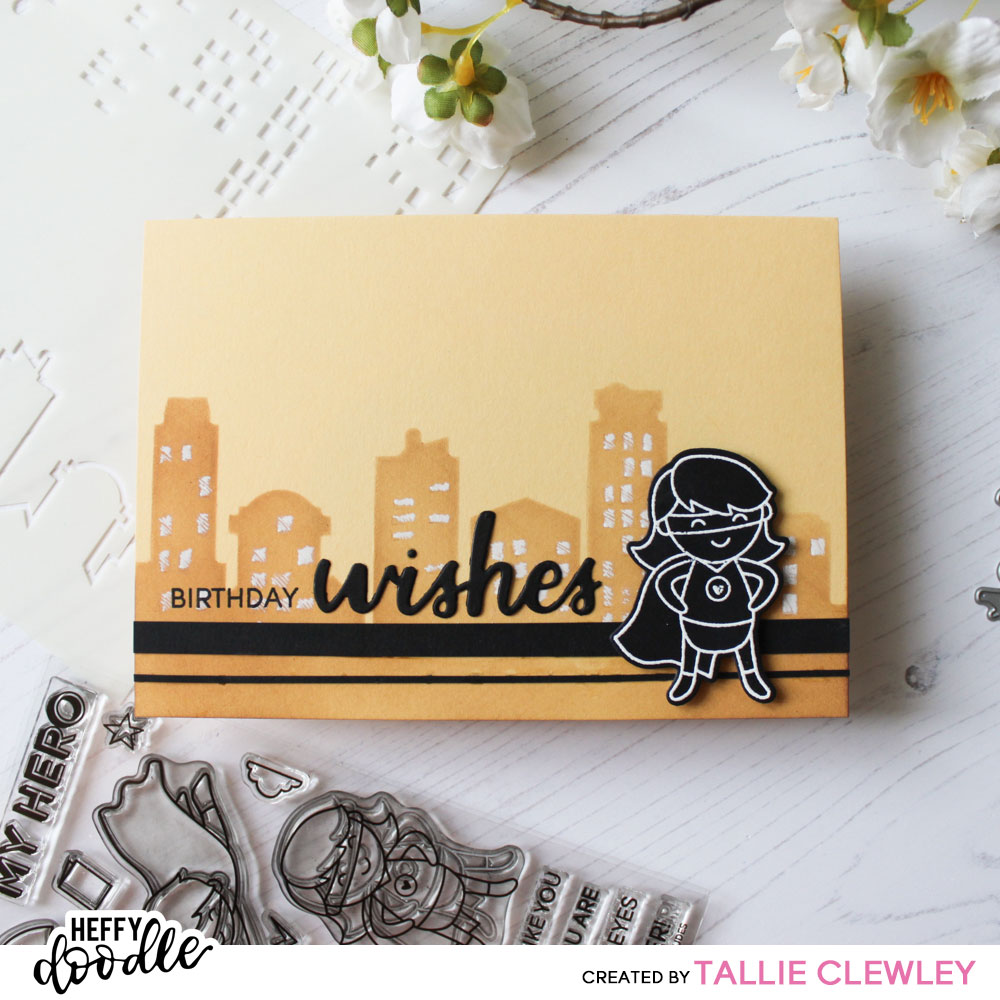 I’m bringing some tone-on-tone vibes to the Heffy Doodle blog today with this birthday card featuring the Superdudes stamp set and the Cityscape Stencil. However, this one is a little different for me in that I stepped outside my comfort zone. Shock horror – I did not colour a single thing on this card. Instead, I stencilled, embossed and die cut to create this superhero scene!

Firstly, I started out with the background – a piece of Butterscotch cardstock, brushing some Vintage Photo Distress Oxide over the Cityscape stencil. This gave a subtle tone-on-tone look. Then, I used some Antique Linen to define the windows, though ended up brightening them up with a white gel pen.

To contrast the background, I chose some black design features. I started with a couple of black cardstock strips of different thicknesses.

Instead of colouring in the die cut with my markers as per my usual style, I white heat embossed the Super Girl character on some more black cardstock. This tied in the white of the windows, complimented the black strips and makes her stand out from the lighter background.

Then, I created the sentiment in two parts. The first was die cut from some black cardstock with the Wishes Heffy Cuts and stamped using the ‘BIRTHDAY’ sentiment from the Superdudes stamp set.

Overall, this is a really versatile design – just think of the colour combos!

Thanks for stopping by!

Please see below for the supplies used in the products – affiliate links* are used where possible at no cost to you! 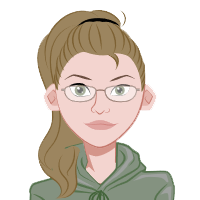